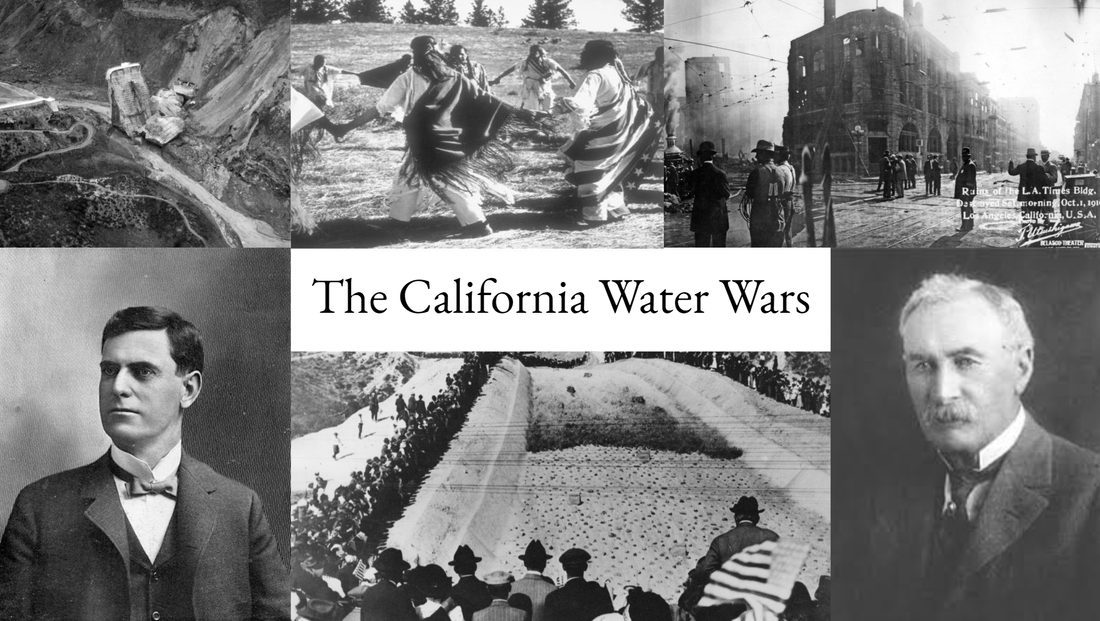 The story of water in Los Angeles is a story of deceit, ambition, and treachery. Many individuals such as William Mulholland, Fred Eaton, and members of LADWP contributed to the successes and failures of Los Angeles.  These include irrigating Los Angeles with water from hundreds of miles away as well as causing the collapse of the one week old St. Francis Dam, which devastated many in the community and caused hundreds of deaths. We hope you can experience The California Water Wars as if you were there when they happened, with the conflicts between Los Angeles, the Owens Valley, and the Paiute Tribe. This exhibit expresses the shortage, surplus, and irrigation of water in Los Angeles through immersive and interactive exhibits, pictures, and text blocks. We hope that at least a small part of this exhibit can teach you something new or interesting that you don't already know about the city of Los Angeles.

​
NAVIGATE TO AN EXHIBIT SECTION:

​
The Tongva and Paiute
​
Mulholland and Eaton

Beginnings of the Water Wars

Battles of the Water Wars

End of the Water Wars

Aftermath of the Disaster