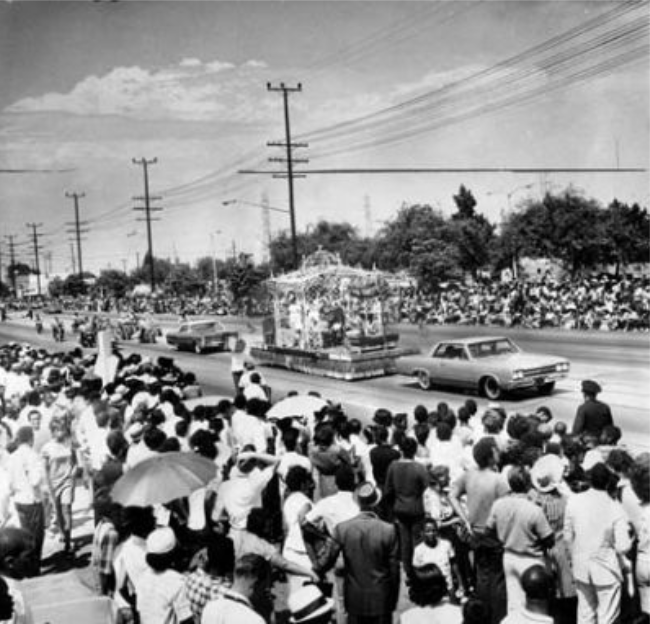 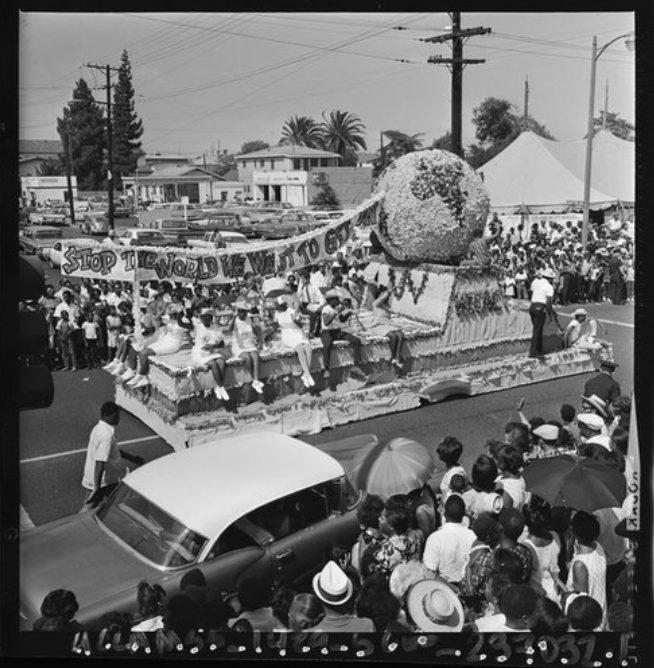 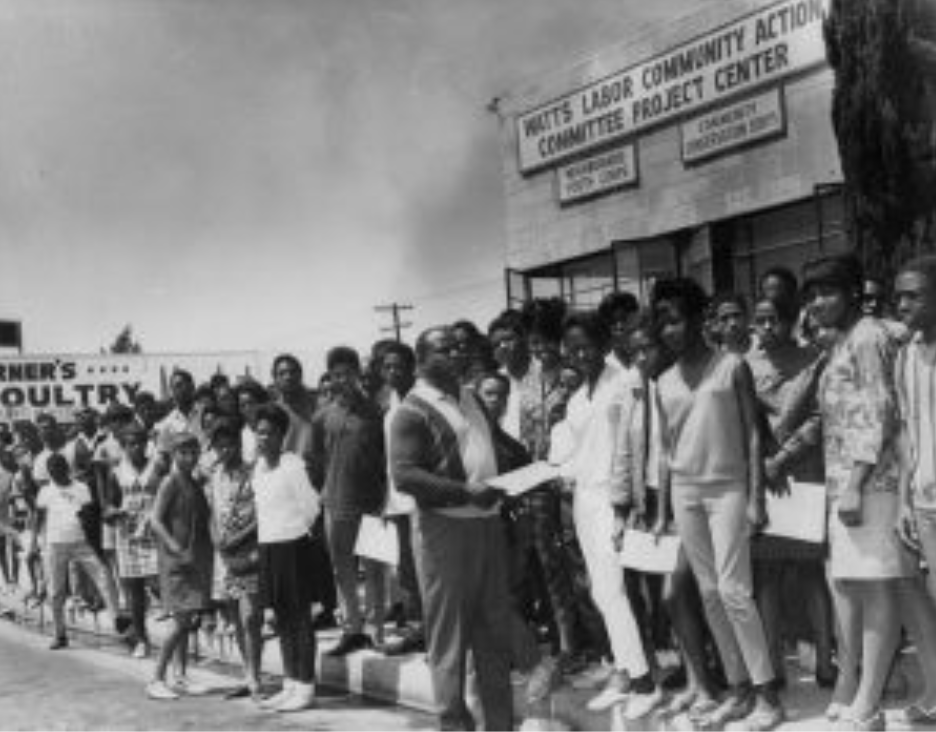 A Wattstax Summer Festival parade in the 1970s.      A Watts Summer Festival float on the Watts streets.             The first Watts Summer Festival in 1966.
After the Watts Riots, the Watts Renaissance began in 1966, where many famous art pieces were created. After the end of the riots, many artists “Loaded bent metal, charred window frames, melted neon signs, broken glass, and smoke-stained mannequins,” symbolizing the ingredients of dreams and nightmares onto children's wagons. Inspired, artists started creating political art and sculptures from the debris of the uprising. This era of a surge of political artwork took on the name “The Watts Renaissance,” naming this time a point of great artistic development. Following the 1965 uprising came a miraculous cease to LA gang warfare, and this termination of violence lasted until the early 1970s.

In light of such political unrest, the idea of a “Watts Festival'' came to the heads of the Jordan High School Alumni Association, including member Tommy Jacquette. The Watts Summer Festival played a big part of the legacy of the Watts Uprising.  It generated a lot of energy from The Watts Renaissance and Black Power groups, showcasing  its civil rights achievements.
Rufus Thomas performs "Do The Funky Chicken" live at Wattstax.
next: black power